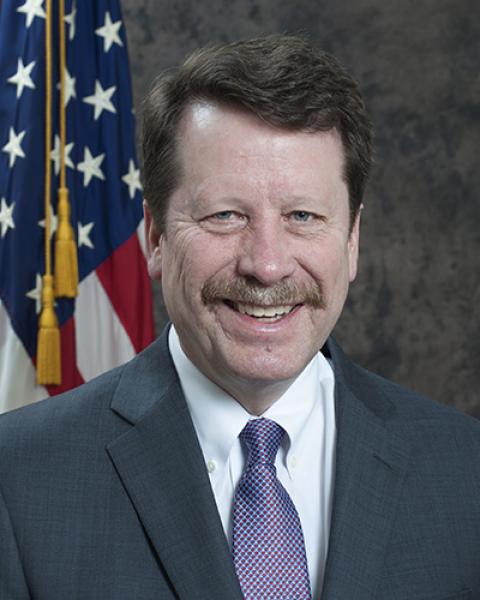 Robert Califf was confirmed as the Commissioner of Food and Drugs on February 15, 2022.

Robert M. Califf, MD, MACC, has previously served as Commissioner of Food and Drugs from February 2016 to January 2017. As the top official of the Food and Drug Administration, Dr. Califf was committed to strengthening programs and policies that enable the agency to carry out its mission to protect and promote the public health.

Prior to joining the FDA, Dr. Califf was a professor of medicine and vice chancellor for clinical and translational research at Duke University. He also served as director of the Duke Translational Medicine Institute and founding director of the Duke Clinical Research Institute. A nationally and internationally recognized expert in cardiovascular medicine, health outcomes research, healthcare quality, and clinical research, Dr. Califf has led many landmark clinical trials and is one of the most frequently cited authors in biomedical science, with more than 1,200 publications in the peer-reviewed literature.

While at Duke, Dr. Califf led major initiatives aimed at improving methods and infrastructure for clinical research, including the Clinical Trials Transformation Initiative (CTTI), a public-private partnership co-founded by the FDA and Duke. He also served as the principal investigator for Duke's Clinical and Translational Science Award and the NIH Health Care Systems Research Collaboratory coordinating center.

Dr. Califf is a graduate of Duke University School of Medicine. He completed a residency in internal medicine at the University of California, San Francisco and a fellowship in cardiology at Duke.